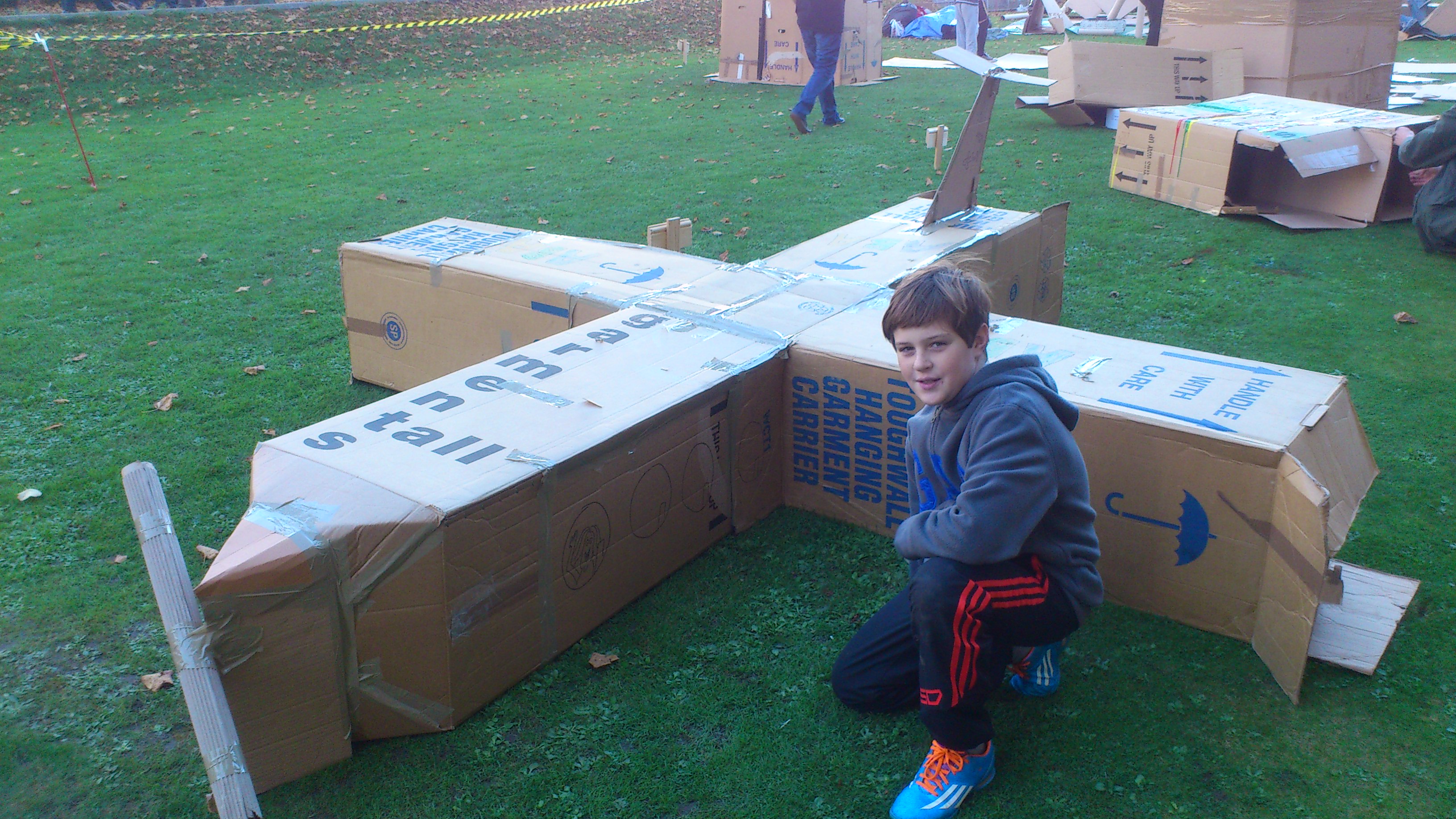 At the start of half term my dad and I did the Stonepillow Big Sleep Out with Graham, Alex and Kate Jones. We did it to raise money for all the homeless people.

When we arrived at the cathedral, we made shelters. They were cardboard boxes and when we had finished we painted the boxes. After that the Mayor of Chichester came to inspect them. I went to get a delicious salami and ham roll. Then we went back to the shelters and we had some sweets.

A lady came round and asked us to come to the service. So we went in and they announced the winners. Graham, Alex and Kate won because they built an aeroplane with wings to sleep in.  When the service was over we had burgers. After the burgers I went to do a quiz, it was very fun. Next a woman came round asking if we wanted to listen to a spooky story. After the spooky stories I went to eat my sweets!

When it was bedtime I changed into my pyjamas and went to sleep. It was very warm under the covers. In the morning I woke up and we broke up all our shelters. Then we went to get our certificates to show that we had done the Big Sleep Out. Finally we carried all the cardboard into the front of the cathedral and everyone went back home. What a fun night!

Read about us and see more photos in the Bognor Observer Article on the Big Sleep Out.

We are pleased to announce that the Eminsons and the Joneses raised approximately £300 for the Stonepillow charity.

The Big Sleep Out